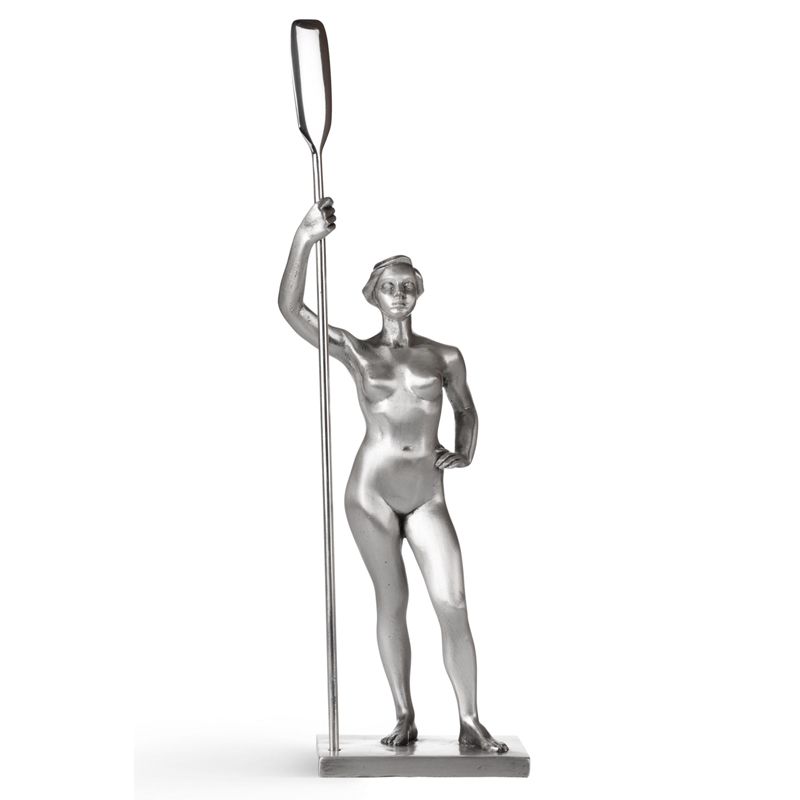 Description:
Office sculpture "Woman with a paddle". In 1936, the famous Soviet sculptor Ivan Shadr dedicated a lot of effort and time to his work on the original for subsequent plaster copies .  A very real Sportswoman - a gymnast from CSKA Moscow, Zoya Bedrinskaya, posed for him. Shadr was the first Soviet sculptor to errect his "Girl with a paddle" ( an 8-meter statue of tinted concrete) in Gorky Park. The cabinet sculpture "Girl with a paddle" - is actually a smaller copy of the famous work of the famous sculptor in which traditional notions of a soviet sportswoman are quite in tune with the classical proportions of her figure. Two cabinet sculptures Gourji - "Pilot" and "Girl with paddle" clearly express the aesthetic preferences of the advocates of social realism, which was taking its first steps in the beginning of the 1930's. In those years, soviet visual arts returned to the ideals of antiquity: sculpture and decor, which remind of either ancient Roman or ancient Greek examples. Miniature sculptures  - "Pilot" and "Girl with a paddle" in silver-plate are made for Gourji in Europe and replicate exactly the smallest details of the original sculptures.
Properties: