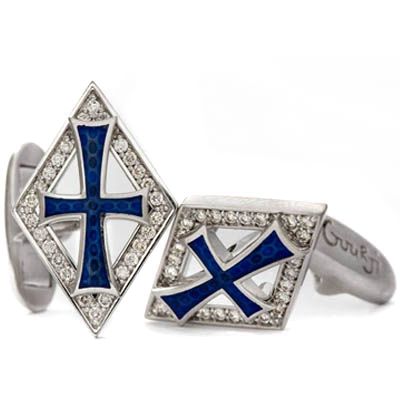 Description:
These cufflinks were designed in the shape of a wellknownbadge of university graduates, which has become a symbol of education and university culture. For leaders of the White Movement the idea of preserving the culture of the Russian Empire was one of the most important notions inspiring them to fight. The cufflinks are almost an exact replica of the original badge in the shape of a hollow rhomb with an overlaying elongated convex cross. The cufflinks are made in three versions: in white gold with either diamonds or sapphires or enamel.
Properties:
Collection: White Guard